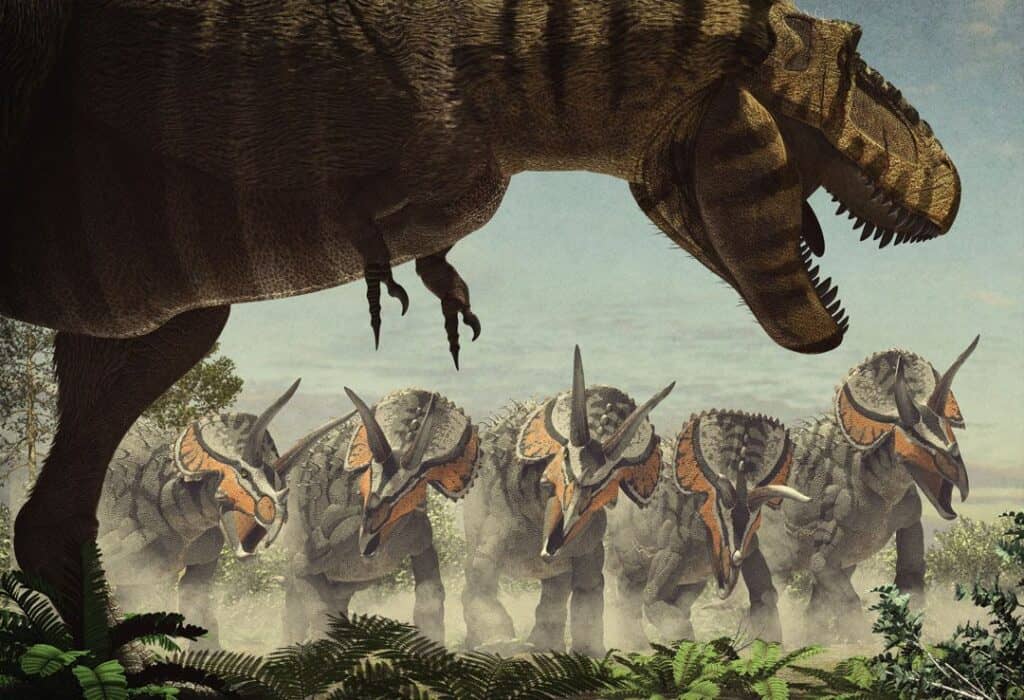 That we love discoveries is nothing new to you, that’s why today we bring you a finding of the same Jurassic. This is Román García, biologist and illustrator. Do you want to know what is behind this interesting combination?

Who said that from the Jurassic there was nothing left to discover? It has helped us, among other things, to find illustrators like the one we are teaching you today, so you can tell us about it as a good action of the day, because the truth is that this boy has a very “prehistoric” inner world.

Our friend in question is called Román García Mora, (Madrid, 1982),  and he is not only an illustrator, but also a biologist. His job is to create images of extinct animals, using his knowledge of biology to rebuild and shape them.

To do this, it uses digital illustration in combination with traditional techniques, 3D modeling and illustration. Of course, in terms of technology, this Jurassic man has little.

He has been doing scientific and informative illustration projects since 2008 , and his drawings have been published in prestigious magazines such as National Geographic or  Quo Magazine.

He also collaborates with the Royal Botanical Garden of Madrid, making illustrations for the CSIC Flora Iberica project , and teaches as a teacher showing the techniques he uses for his illustrations. This digital artist combines his scientific skills with editorial and advertising illustration.

He has won several awards for his work, including first prize in the II International Dinosaur Scientific Illustration Competition.

How were your beginnings in the Jurassic world?

Like many of our favorite artists, his beginnings began in his earliest childhood, making sketches and drawings in a notebook that he took everywhere. He received painting classes, but instead of studying Fine Arts, he opted for the world of biology.

That is why he can work on such varied topics, ranging from paleontological reconstructions to classic zoology illustrations , he has even made infographics about technology!

But, apart from the Jurassic, where do you get your inspiration from?

His answer: Internet, source of a multitude of resources, tutorials and didactic material from which we can draw to create everything we set out to do.

Thanks to that and also to the work that great professionals do, we can have at our disposal resources like the ones we teach you today.

Román, unites his two great passions; nature and painting. Although s lways lived his youth with some uncertainty, since it considers difficult devote himself exclusively to illustration, and even more, earn a living with it.